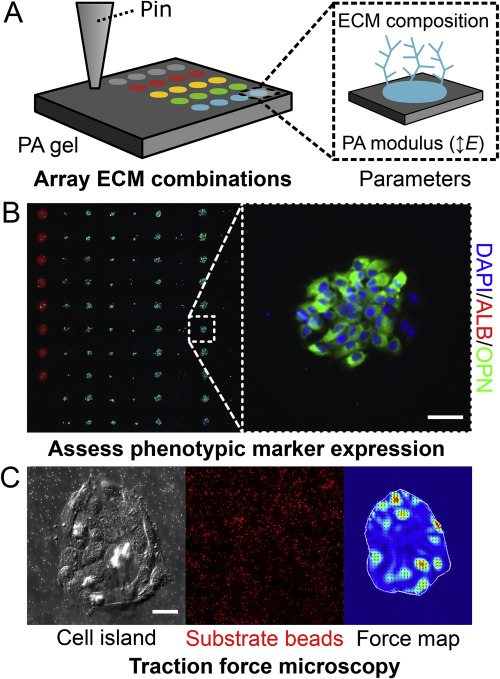 Cells are exposed to a variety of regulatory cues in their in situ microenvironment. These microenvironmental cues include cell–cell, cell–soluble factor, and cell–matrix interactions as well as more fundamental physicochemical considerations such as pH, mechanical forces, and electrical potential. Efforts utilizing engineered systems have been focused on recapitulating these cues to attain fine control of cellular processes such as fate specification. In order to systematically investigate these cellular processes, my work in this area has focused on designing engineered systems capable of high-throughput presentation of microenvironmental signals, such as extracellular matrix proteins or signaling ligands. I have been particularly interested in enabling investigations of combinatorial regulation of cell fate through the integration of additional readout modalities and analytical approaches with these engineered systems. 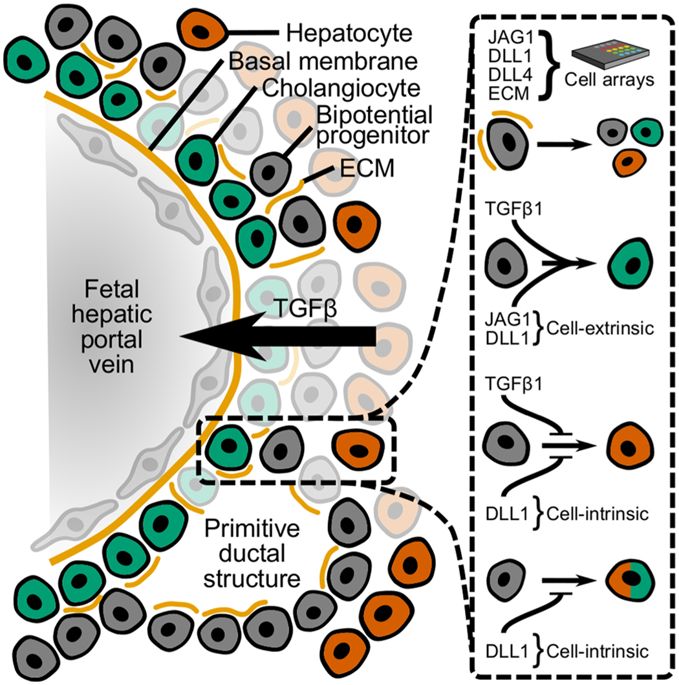 The organogenesis of the liver during embryonic development begins soon after foregut patterning via the specification and expansion of the cells of the liver bud, termed hepatoblasts or liver progenitors. The mechanisms by which these cells populate the liver with its functional parenchymal cells are complex and include multiple modes of microenvironmental regulation, including cell–cell and cell–soluble factor interactions. I am interested in mapping the combinatorial mechanisms by which these cells specify to either hepatocytes or bile duct epithelium. In this context, previous efforts have demonstrated interaction effects between regulation by matrix proteins, Notch signaling, and TGFβ as well as unanticipated roles for mechanical cues and cell contractility in the differentiation of these cells. Ultimately, these efforts shed light not only on fundamental aspects of development but also potential mechanisms of pathogenesis, primarily of the various cholangiopathies and other diseases of the biliary system.

I am an MD/PhD student at the University of Illinois College of Medicine. My doctoral work focused on tissue engineering approaches to study stem and progenitor cell fate in the developing liver. Learn more.

To be notified of updates, you can subscribe to the  RSS feed for the site.